This seminar will focus on speed in the context of the Movement and Place framework, with an emphasis on ‘Place’ making and lower speed environments. The seminar will have speakers who all explore this through various lenses.

This seminar will focus on speed in the context of the Movement and Place framework, with an emphasis on ‘Place’ making and lower speed environments. The seminar will have speakers who all explore this through various lenses:

Lena Huda, Co-founder of 30Please and safe-streets-to-school.org & Vice President of WalkSydney. As the co-founder of 30Please and safe-streets-to-school.org, Lena Huda will be present a community perspective on the impact of speed on the safety and amenity on the streets where we live and play and share the experience community groups to contribute to improved road safety in the planning and delivery of road infrastructure and community spaces, especially around environments frequented by vulnerable road users such as school children, cyclists, and pedestrians.

Gareth Collins, Director, Centre for Urban Design, TfNSW Gareth is a landscape architect and urban designer. He worked in private practice in the UK and in the Scottish Government before moving to Australia and joining the NSW Government Architects Office. He has worked in Transport in NSW for the last 20 years involved in many projects including the Pacific Highway upgrades, the bus transitways, maritime projects, the Sydney motorways and many bridges around the state. Gareth is a Fellow of the Australian Institute of Landscape Architects and a former NSW President. He has produced many guidelines and urban design frameworks over the years, including the ‘Beyond the Pavement’ urban design policy, which won the Australia Award for Urban Design.

Dave Hunter, Design Officer, Eurobodalla Shire Council Dave has worked in Local Government for over 35 years with Eurobodalla Shire Council including engineering surveying, development assessment, water/sewer and road design and now traffic and road safety planning. His diverse background allows him in his current role to assist the community to makes roads safer. Over the past 7 years, he has come to come to appreciate the importance of good infrastructure to underpin the safe system approach to road safety and the ultimate goal to reduce serious injuries and fatalities. In recent years, Dave has been involved in the completion of the Moruya CBD East High Pedestrian Activity Scheme which was funded under the State 2021/22 HPAA Speed Management Program. 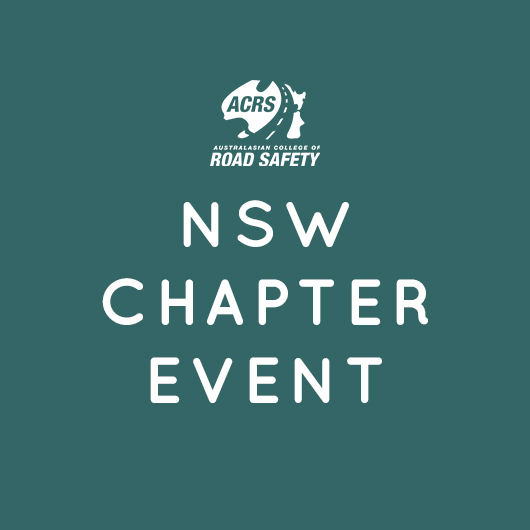 Advertising is often used in an attempt to persuade road users to adopt safer attitudes and behaviours, and advertising consumes a large portion of annual government expenditure on road safety. But how effective is it in achieving this goal? – and what are the ingredients of effective road safety advertising?

This seminar is now over. View the Seminar Recording by clicking the link above!