With her term drawing to a close, the Governor-General, Ms Quentin Bryce AC CVO, held a farewell event for organisations to which she lends her support at Government House in Canberra on the afternoon of Monday 24 February 2014. 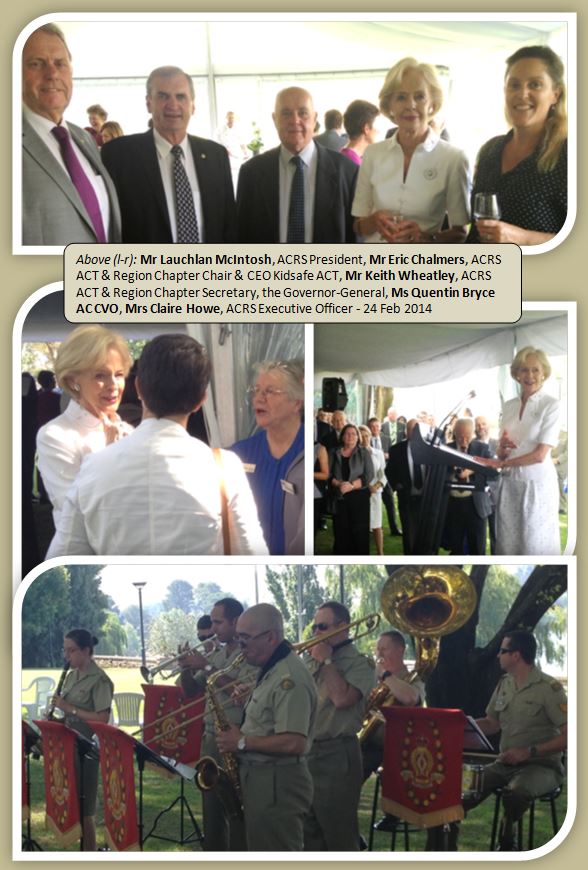 The College took the opportunity to personally thank Her Excellency for her valued support over the last 6 years during her term in office, a period in which we saw:

We’d like to again thank the Governor-General for her warmth, enthusiasm, and generosity as our Patron over the last 6 years, and wish her all the best for her future endeavours – which, as she pointed out on Monday, will include spending a lot more time with her excited grandchildren!