Congratulations to Professor Narelle Haworth who was awarded the prestigious 2013 ACRS Fellowship at the 2013 ACRS Conference dinner on the evening of Thursday 7 November 2013.

The award was presented by the ACRS President, Mr Lauchlan McIntosh AM, in front of around 200 conference delegates.  Narelle’s commendation as a worthy recipient of this award is as follows:

In making the announcement Lauchlan McIntosh spoke of Narelle’s achievements in a wide range of road safety related research areas over her 25 year career, making special mention of her ability to communicate research and strategy in a way which can be easily understood, her role in the American Academy of Science TRB Committee on Motorcycles and Mopeds and her particular contribution in the area of motorcycle road safety.

Lauchlan also mentioned that the Fellowship was for a distinctive contribution to the advancement of road safety, for excellence and was acknowledgement by her colleagues and co-workers of her contribution.  A well-deserved achievement. 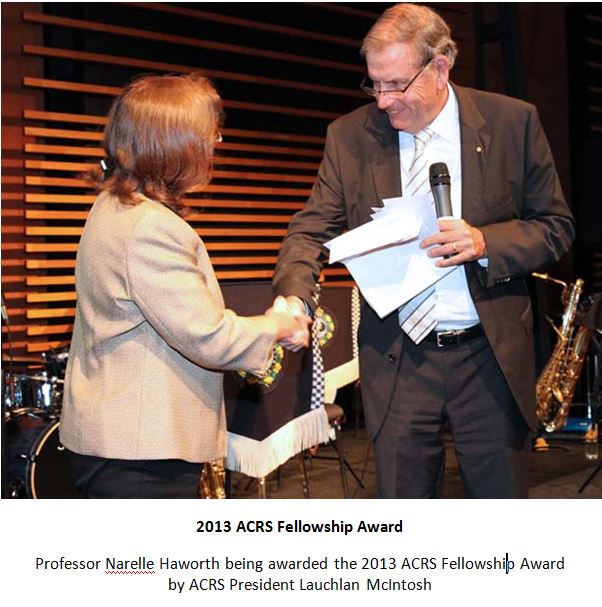 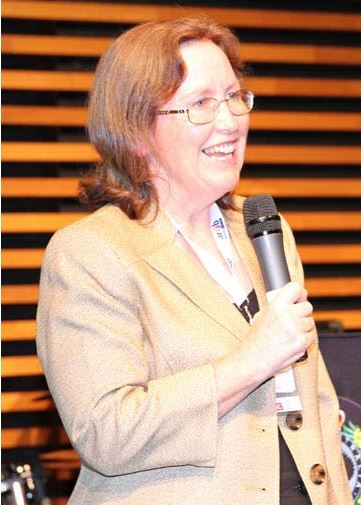